On the 12th of January I cooked my fourth feast for my local canton’s event, the Feast of St Sylvester. This one though was extra special. The menu for this feast was almost two and a half years in the making. Back in the summer of 2016 I found a website that sparked this idea. This site contained the text of two Dutch manuscripts from the mid – late 15th century which had been translated from Middle Dutch, to Modern Dutch, and then into English by Christianne Muusers. They were 15th century Dutch recipe books (my SCA persona is 14th-15th century Dutch) and I couldn’t find more than a handful of the recipes that had been recreated and published online anywhere else.

The first manuscript, Wel ende edelike spijse, contains 62 recipes. The second, The convolute Gent KANTL 15, contains 92 recipes in the first volume and 150 in the second volume. A total of 304 recipes to choose from! Some had ingredients that were impossible or extremely difficult to get, some had unclear cooking instructions, and some were repetitive. There were three recipe variations just for wafers. Of the eleven recipes that I ended up choosing only three had recreations that I could find online: wafers, onions with cumin sauce, and the fried gouda.

My favorite dish was definitely the stewed quince although the stuffed apples come in a firm second. Everything seemed to go over really well and some of the dishes surprised me, like the onions of which hardly any came back to the kitchen during cleanup. If you would like to learn more about my menu and try some of the recipes yourself please take a look at my Netherlands Feast documentation.

I want to thank my kitchen staff and servers again as well. Many of them stepped in to volunteer when my mom ended up in the hospital the weekend before. Putting together so much food is a production and every willing hand helps to lighten the load for all.

I have decided that I really need a proper cloth belt for my 14th and 15th century garb. Here is where I will be putting my research links for this project.

Silver, with traces of gilding and enamel North Italian ca. 1330–50

Right now the fabrics I have are linen and small pieces of wool. My plan is to piece the wool bits together, use linen to line the back, and use mounts on the belt. Strategically placed to cover the lines where the wool is pieced together of course.

And for a different style of 15th century belt. I might do one of these later…

The purpose of this blog being to organize my research and various projects I suppose I should start off by giving some information on some of my most recent projects. Firstly, my entry for the Queen’s Garb challenge at this year’s Market Day at Birka.

Her Majesty, Queen Caoilfhionn inghean Fhaolain, declared last fall that her garb challenge theme would be Disney Pixar. How do you incorporate Disney Pixar characters into medieval clothing? It actually didn’t take long for me to decide what I was going to create. My character inspiration? Dean Hardscrabble from Monsters University! 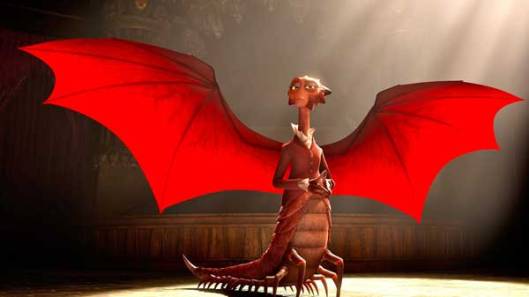 With such a long body shape the garb would obviously have to be something with a train. For the wings, long, billowy sleeves that draped to the floor would give the best impression. The head-shape needed a large, commanding headdress. My persona’s period being 1350-1450 only a houppelande and hennin would do. Especially once I found this: 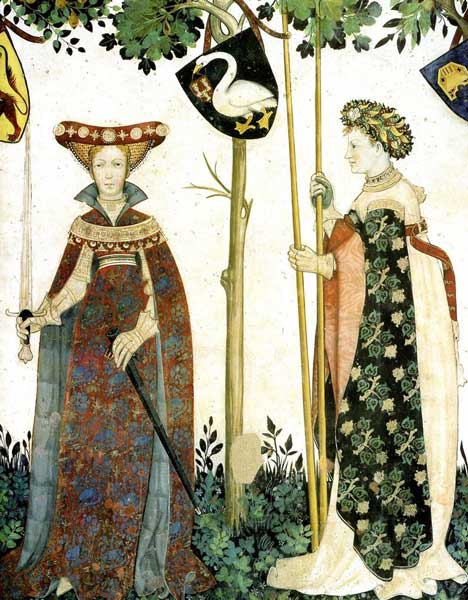 I ended up using a different hennin shape than the one shown here. I also made a separate collar to match the one that my chosen character was wearing. If you want to see more of my research here is the pinterest board that I used to collect everything. I also have a public facebook album that shows my process and progress. For future projects a lot of that stuff will be posted here but since this project is already completed I don’t see a need to re-invent the wheel. I will however post photos of the finished product!

I am extremely happy with my results. And obviously other people were too as I won the Mid-Period category of the Market Day at Birka Fashion Show!